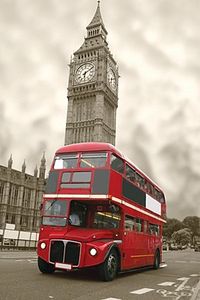 London is certainly looking forward to celebrating 2012 in grand style. This year will see not only the Queen’s 60th Jubilee, but the city will also play host to the world’s most important event: the 2012 Summer Olympic Games. Planning to head to London for some Olympic action? Great choice! Renting a London apartment (or home swap) in a vibrant city like London, and taking in some famed sporting events whilst there, is sure to create some treasured lifelong memories.

But if the mere thought of getting around London during the Olympics makes your head spin, take a chill pill! Simply relax, sit back, and let us tell you just how easy getting around London will be. To help you better plan your outings, visit the London 2012 website during your stay and keep up-to-date with all the latest info.

The easiest way to get to the Olympic Park would have to be by light rail, or DLR. There are three stops near the stadium, namely Stratford, Stratford International and West Ham. If coming from the city centre, we suggest you hop on the light rail at Tower Gateway, headed towards Poplar. Once here, change for Stratford. It’s only a short walk from Stratford station and the entire journey should take you about 40 minutes.

The London underground rail, or the Tube as it is affectionately known, is Londoners’ favourite mode of transportation. And who can blame them? There’s not a corner of the city that can’t be reached! There are two ways one can reach the Olympic Stadium, either by following the Jubilee and Central lines to Stratford station, or the District, Hammersmith and City lines to reach West Ham station. There are dedicated walkways to the stadium at both stations and you should have no problem reaching your destination within the hour.

Regular trains also reach the Olympic Stadium; the closest stopping at Stratford International station. There are direct services here from London city centre and Kent, south-east of the city. If coming from Essex (north-east of the city), you may want to aim for West Ham station instead.

Now here’s some exciting news: special coaches will be providing direct runs to the Olympic Park, picking up in locations all over the city. The times will coincide with special events, so you know you’ll never miss a minute of the action. Routes and fares are yet to be determined, so be sure to check out the latest info provided on the London 2012 website. Be aware that seats are limited so it is always best to book tickets in advance.

Whether you plan to drive to London for your holiday, or perhaps hire a car whilst there, be sure that using your own four wheels to reach the Olympic Stadium will be hassle-free. Park-and-ride services will be available for all those wishing to drive as close to the venues as possible, using shuttle bus services to cover the remaining distance. As with the coach services, book in advance to guarantee a parking spot. Venues which will offer these services are Olympic Park, Greenwich Park (during the equestrian and cross-country events), the ExCel Centre, Weymouth, Portland and the Lee Valley White Water Centre.

Alternatively you could also consider a home swap during the London Olympics.

Three Victorian artists studios converted into a modern, architect designed house in a small courtyard of 5 houses. Two minutes walk from Kensington Gardens/Hyde Park; a few stops by bus/underground to the West End shops and theatres, and to the Natural History and Science Museums; one stop from Notting Hill Gate.

Valentine’s Day @ London Eye
Enjoy stunning views over London on The London Eye. What better way to experience it than with a Valentine’s Day special, complete with glass of Champagne and a selection of special canapés, including parmesan hearts, chocolate-dipped strawberries and Champagne jelly?

The Music of Burt Bacharach @ Cadogan Hall
Valentine’s Day special featuring music by the legendary Burt Bacharach. The Royal Philharmonic Orchestra are joined by a host of stars for what promises to be a magical and romantic evening.

Cupid’s Conundrums @ Vinoteca
A romantic walking adventure courtesy of HiddenCity is a lovely way to spend the afternoon this Valentine’s Day. Stroll with your loved one through London’s parks and courtyards… then relax with a glass or two of wine.

Vintage Love Boat Ball @ BatterseaBarge
All aboard the love boat for a water-based Valentine’s dress-up party amid Twenties decor. 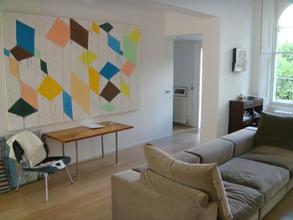 Beautiful property in Notting Hill. Set over two floors with a gorgeous private garden and access to a larger private garden for local residents. In the middle of Notting Hill just minutes to walk to Portobello Road, Westbourne grove shopping, Hyde Park and Holland Park. Walk or a short tube train ride to London’s West End.